Despite acknowledging that fountain pens aren’t really for me practically, I keep…picking them up.

Actually, I pick up pretty much every new brush pen and fountain pen that Daiso Japan stocks because how can you lose when everything’s $1.50? But while I use brush pens for art and go through tons of them every year, I rarely have reason to use other types of pens, which is why I don’t need fountain pens. I still like the idea of them though, so I guess that’s why I’m slowly accumulating a pile of fountain pens.

This is actually the second Daiso fountain pen I’ve picked up, but I never got around to reviewing the first one, and now I’ve misplaced it. Daiso’s stock of pens (and other supplies) varies a lot from month to month and year to year, which is one of the reasons I almost always pick up something new when I see it — who knows if I’ll ever get another chance? Some of the Daiso brush pens I’ve reviewed in the past I haven’t seen in stock since I reviewed them.

No one can expect much out of a $1.50 fountain pen, so I was actually pretty impressed when I opened up this package. The pen has a good weight to it, and the metal body has a smooth matte finish. The pen posts and caps securely and with a nice click. It doesn’t look or feel like a $1.50 pen.

One of my weird particulars is that I really hate aluminum body pens — I hate the way the aluminum sounds and feels against aluminum and other metals. Once upon a time, I resold my Copic Multiliner SP set a week after I got it because I just couldn’t stand sound the pens made rolling into each other on my desk or in my bag. It’s just one of those things. They’re like nails on a chalkboard to me. So! I was really glad that this pen wasn’t aluminum (update: it’s brass and steel) and that the metal body wasn’t offensive to me.

The pen writes nicely. About as nicely as it looks like it should, if that makes sense. The nib looks like a medium and is smooth on the page. The ink flow is even. I’m not all that picky with the pens I write with (compared to the pens I draw with), so rating a writing experience is kind of weird for me, but I can definitely say that writing with this pen was pleasant.

The only real downside is that the ink cartridge for the pen is very small, barely half the length of the pen body. Daiso had refill packs for the pen with five cartridges each, so that comes out to 30 cents a cartridge. Not bad, if you can find them in stock!

3/9/2016 Addendum: International short and long cartridges fit this pen, so you can pick up whatever brand and color refill ink you like as long as it comes in a standard international ink cartridge!

It’s a pretty normal-sized pen to me, but apparently some people care about these specs?

I don’t like medium nibs for drawing, but this nib is at least smooth enough that I can doodle without thinking too much about what angle I’m holding the pen at. Dry time for the ink isn’t bad, but even when completely dry, one drop of water will wash everything out. On the bright side, the ink doesn’t run much under water, and it’s reasonably alcohol-proof (against Copic inks, at least).

It’s been a while, but I think this Daiso fountain pen writes pretty similarly to the Pilot Varsity while looking and feeling a lot nicer. It definitely surpasses the medium nib Platinum Preppy in all categories — though based on others’ reviews, I think my Preppy wrote more scratchily than most.

All in all though, I’d say it’s a pretty good fountain pen, even a great one when you factor in the price. I don’t need fountain pens, but I don’t regret this $1.50 purchase in the least.

If you don’t have a Daiso in your area, you can make a habit to check their online store regularly — like their physical stores, it seems stock changes pretty frequently, so finding a certain thing is, sadly, often a matter of luck. 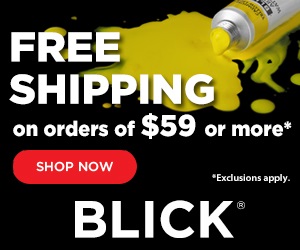