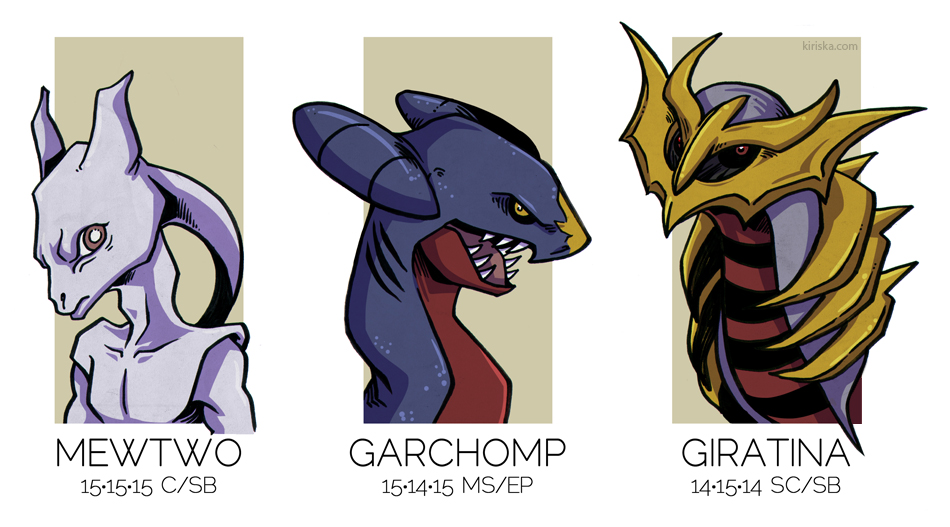 Perhaps unsurprisingly, this is actually the best I’ve done in ML(C) because my usual team is this.

But my hundo Jolteon1 is L50, which can’t be used in MLC, but I don’t have enough XL to max the rest of the team for regular ML. Subbing out Jolteon for some other electric type hasn’t been working out well, but it could also be the meta has been extra meta lately and you can only run a meme team for so long without a win before it gets boring too. (I miss Holiday Cuppppp. There should always be a non-standard cup in play, come on, I hate ML.)

Winning with this team is boring, though it’s sometimes funny firing Shadow Ball off Mewtwo and murdering unshielded Metagrosses because they thought Psystrike (the more popular pick) was coming. I also technically have Focus Blast on this Mewtwo, but I’ve never used it in PVP. Have not bothered 2nd moving Garchomp2 or Gira though Garchomp would definitely benefit from Outrage.

1 My other hundo Jolteon was leveled for UL, but I’m slowly bringing it up to L40 for MLC, I guess. It’s only going slowly because it’s not a priority and I only power up when I have quests to power up stuff.

2 The real story is I accidentally 2nd moved my hundo L50 Garchomp instead and was too annoyed to 2nd move this one even though I have the candy for it. I have a shundo that’s getting slowly powered up, but it remains to be seen if it’s going to sit at L40 or get maxed to L50.

Posts through February 2021 originally appeared on Tumblr. Please do not repost content without my permission.

Also see: Freedom from Algorithms: How to Use a Feed Reader