And so no one ever trusted snakes again. THANKS, LOKI.

My favourite part of Thor Ragnarok was Thor relaying a story of when they were kids and how Loki was always a little shit. :’) 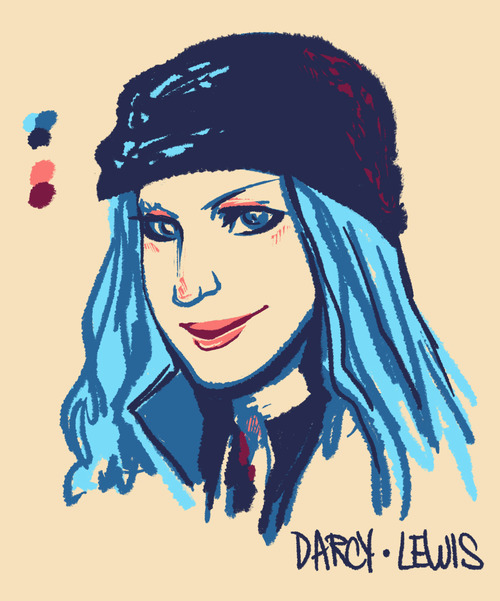 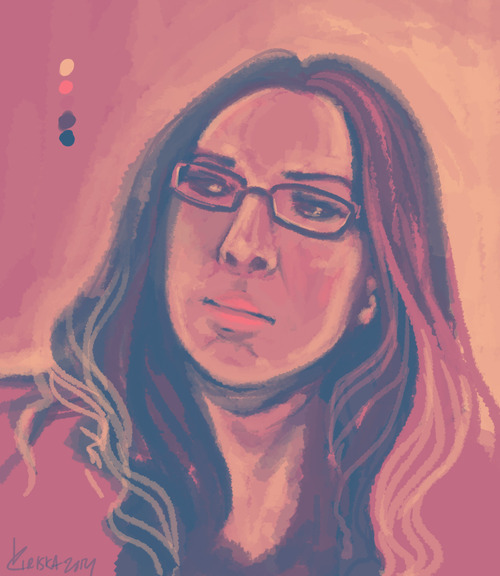 20 minutes, 1 layer (aside from the layer the color dots are on).

At the last table at the end of the last row of bookshelves, he’d finally found his brother contentedly sitting amidst a messy collection of books, parchment, and quills.

“Brother, you’ve betrayed me,” Thor said, unraveling his Transfiguration homework across the table. “All the answers you gave me were incorrect!”

Loki did not deign to look up from whatever it was he was reading, but an unrepentant smirk slid into place on his face. “Yes, well,” he said. “That’s what happens when you cheat, I suppose.”

“You’re the one who offered to help! I didn’t want to cheat, but I really needed the grade! You knew that!”

“Thor,” the Slytherin said, turning to him finally. “I haven’t even taken that class yet. Why would I know the answers?”

“Because you’re clever! I trusted you!”

At this Loki’s smirk became a grin and Thor could see laughter in his eyes. “Well, it looks like Gryffindor will be down a Beater tomorrow if Atwell won’t let you play now.”

“That was your ploy?! Did you make a wager against Gryffindor??”

Loki laughed openly now. “The odds are stacked in your house’s favor still, brother,” he said. “Though I suppose that might change if Rhodes also befalls some tragedy… there’s not another Keeper, after all.”

“Loki, you’re a conniving little cretin,” Thor said, though for some reason he could not help but also laugh. “What have you done to James??”

Thor rolled over in his bed. It had been two years since that conversation. James Rhodes’s arms both sprouted tentacles that afternoon, but he had played in the game anyway. Gryffindor still lost, but only just barely; Ravenclaw beat them by fifty points or so. It had amused him, at the time, that Loki had gone to such lengths, not even to help his own house win, but just to see Gryffindor lose. He supposed it still kind of amused him.

They had not spoken for a while, and though he was certain that Loki still had plenty of schemes, they’d become subtler, and he was no longer privy to the details. Even before, he had not known about everything, and he had not understood Loki’s motivation on most occasions, but still. There had been a basic sort of trust. He didn’t approve of everything his brother did, but he’d gladly take another failing grade in Transfiguration to get even a little of that trust back.

“What are you asking me to do?”

I Had a Lot of Downtime at ECCC: Ponies Edition.

These are examples of the 4×6 sketch card commissions I offer at conventions. They are also for sale.

I cannot find a good balance between photo ref and how I draw them otherwise.

Sometimes I get really self-conscious that I draw Loki and Thor way too similar to how I draw Zacchi and Niru, especially since I abuse the ever living crap out of duality motifs and diptych compositions for both. But probably there are a billion character pairs that fall into similar design foils? Thin/pointy/dark character VS broad-shouldered/round/light character.

Mehhh. I guess it is really unsurprising that my most persistent OCs are of the same/similar character archetypes I’m always drawn to anyway, both visually and thematically.

I’m gonna be participating in a gallery show whose theme is “comics,” so obviously this is an excuse to draw more Loki (and Thor, because I love diptychs).

Not too impressed with how these are turning out so far, but I am kind of grumpy today anyway, so who knows. Will probably be posting more frequent WIPs on Twitter for this pair, but will definitely compile them all here in the end, if nothing else.

“Your parents,” Loki snarled. “Face it, Odinson, you’re the only one here with a family.”

“No,” Clint said, looking at him, surprised. “I said we don’t have parents.”

“No one ever said anything about family,” Natasha agreed, also turning.

“We’re not staying here over Christmas because we don’t have families,” Steve said.

“What these saps said,” Tony said with a shrug and another sip of wine.

“Come home for Christmas, brother,” Thor said. “Or don’t. But you have a family either way.”

Thor Odinson (Gryffindor, 6th Year, Beater; pureblood) is the son of long-time Minister of Magic and comes from a very old line of powerful, influential European wizards. He takes great pride in his heritage and traditional upbringing, but remains relatively humble and down-to-earth, if very out-of-touch with the Muggle culture well-known amongst his halfblood and Muggle-born peers. In addition to being physically intimidating, Thor’s raw magic is very powerful. Demonstrations of brute force come easily to him, but spells requiring finesse are more difficult. He is protective of his brother in regards to ostracization and mockery, but will not defend poor behaviour and instead, will feel it necessary to right Loki’s wrongs and apologize on his behalf.

Loki Odinson (Slytherin, 5th Year; Muggle-born) is the adopted son of the Minister. He is particularly talented at Charms, Potions, and DADA, looks down on basically everyone, and revels in positive attention, though he will never admit this. His raw magic is probably equal in strength to Thor’s, but he prefers to wield it more subtly, and the brute strength of his magic has never been tested.

In the summer before his fifth year, he overhears a conversation that leads him to guess at his true parentage. He confronts Odin about it, then essentially disowns himself from his family. Though Thor sometimes disproved of his pranks and though Loki hated all of Thor’s other friends, the brothers got along well until this discovery; after this, they have a falling out, and Loki prefers to ignore Thor and will deny that they are related, though he will not elaborate as to why.

Loki’s birth parents were notoriously violent, anti-Magic Muggles who worked vigilantly to expose and threaten the wizarding world. They led a huge fight against wizards with Muggle weapons which resulted in the deaths of dozens of innocents, wizard and Muggle alike. His birth mother was killed in the battle, but his father remains imprisoned at Azkaban. They have never met. Most teachers already know, but Thor is the only student who does (and has known all his life).

Remember when I said I hated Loki’s helmet.

Experimenting with flat colors and no lines.

I am really bad at drawing Thor. Maybe because his costume makes less sense to me than Loki’s and that is quite a feat.

My meager contributions to the “Loki with his mouth sewn shut” thing. Because it’s a thing.

You know what I think is kind of hilarious? In lieu of actually reading up on comics!Loki, MCU!Loki fans have been devouring traditional Norse myth and doing mash-ups with that instead, because you know which is easier to figure out? And that’s why Avengers-mania, or any other comic movie mania, will never lead to higher long-term comics sales. That’s also why there’s a ton of fanart of Sleipnir, Fenrir, and Jormungandr, but like none of Hel, despite there being a canonic counterpart to Hel in comicsverse. (Of course, she has a hideous costume, but then, so does comic!Loki.)

To stave off the itch to fanfiction, here is more miscellany dialogue and stuff.

I can’t figure out a good way to ponify Cap.

Though I do have the idea that Steve probably got his cutie mark before getting dosed with the serum. He gets it after trying a few dozen times of trying to cheat his way into the army, confuses himself by getting it, and shortly afterwards, meets Dr. Erskine. I imagine plenty of time passes between cutie mark and actually receiving the shield. I don’t know why, but I think that is a cool sort of revelation since the shield cutie mark would be way more representative of ~*PATRIOTISM*~ than, you know, Cap’s special talent to make the shield act like a boomerang.

Ahahaha wow that arm is way too long. I am really bad at drawing Sailor Scouts apparently, which is maybe a little sad since Sailor Moon fanart was my first serious foray into drawing humans in general.

Page 1: Cat!Loki is harder to make obviously recognizable without being too obvious and this is why an owl is better. Dog!Thor is easier. Also there is the first version of this comic.

Page 2: Axel is fun and nostalgic and his costume is classy and simple! LOKI HAS LIKE FIVE COSTUMES AND I CAN’T DRAW ANY OF THEM. （╯°□°）╯︵ ┻━┻ Even Axel’s hair is less frustrating than Loki’s what is this.

Prep sketches and thumbnails for some recent/future pieces.

My flight back to Seattle was delayed an hour because the AC was broken. I was trying not to sleep so as to preserve a diurnal sleep schedule (futile on all accounts), so I doodled.

Posts through February 2021 originally appeared on Tumblr. Please do not repost content without my permission.